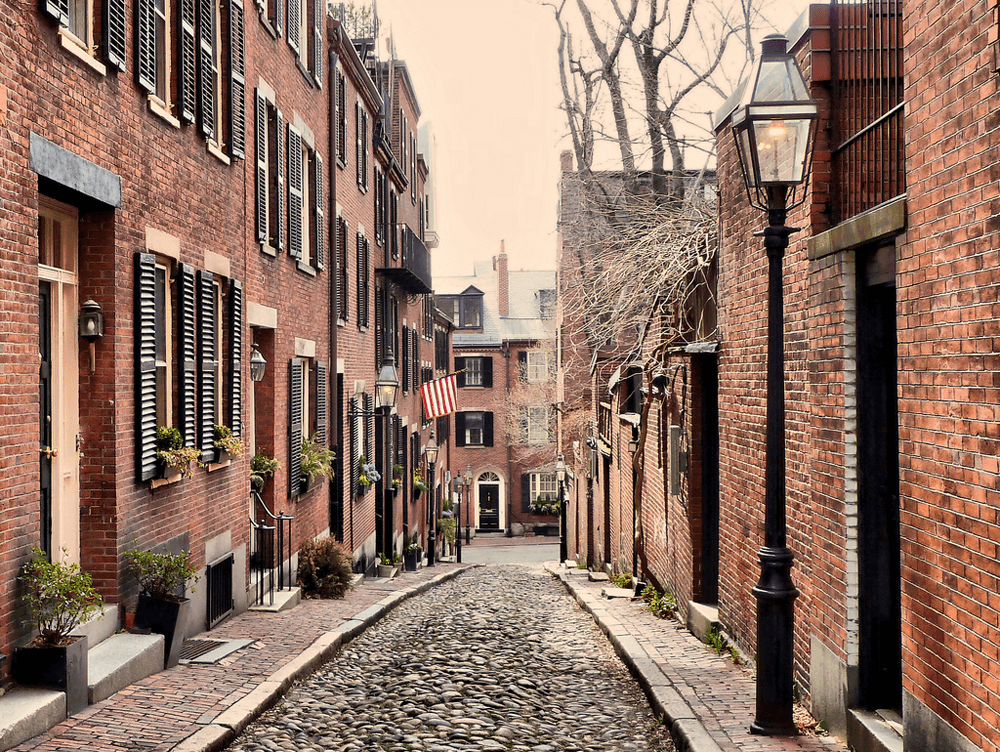 In 1963 a group of dedicated and concerned women living on Beacon Hill wanted to raise funds for the many charitable organizations working to improve the lives of women and children in Greater Boston. So, they put their heads together, formed the non-profit Beacon Hill Circle for Charity, and came up with a plan to generate those funds by narrating two-hour walking tours to groups visiting the city. First, Circle members had to learn how to give tours. Several members did extensive research into the neighborhood’s history and wrote booklets for others to follow. They held practices before each other.

When they were ready, they got the word out to tour brokers, event planners and leaders of professional, cultural, educational and charitable groups. Soon enough they were leading groups along the neighborhood’s brick sidewalks, lit only by gas lamps, shaded by leafy trees and bordered by stately 19th century brick townhouses. Along the way they talked about the history and architectural styles of those homes and told stories about past and present residents, old and new lifestyles in the 19th century neighborhood with 21st century living.

But that’s not all. On every tour they welcomed their guests into three of their own homes, showing how the homes, mostly built in the early 1800s, had been restored, decorated and now lived in. Today the sixty members of the Beacon Hill Circle for Charity are still doing just that.

Because the grassroots volunteer organization incurs little overhead expenses, it gives away all tour revenues to charitable organizations serving women and children in need, especially to those where the financial impact of the gifts are the greatest.